How many times have you sat in an identical meeting only because everyone forgot what happened a week before? Just think about it. I’m sure there’s at least one point on the agenda that has been dragging along for almost a month now. And it’s driving you crazy.

What if I told you, It can all be avoided with a few simple steps for writing better meeting minutes? Here are the steps:

Let’s start with the definition of meeting minutes

The name itself is slightly misleading since you’re not actually taking down the minutes. Honestly, no one would want to read them and this is not what we’re trying to achieve. That’s why we need to communicate three essential information: decisions made, next steps planned, and a tracking system.

So to say, meeting minutes are the tangible result we have once the meeting is over.

What should be included in the meeting minutes?

A solid plan will make your job much easier. And it all starts with an agenda. A strong agenda will make half of your job already done. Why? It can serve as a meeting outline. There are some tips on the agenda listed in our other article.

Once you have an idea of what the word is going to be about, create an outline you can use to easily jot down the notes. If you’re taking notes by hand, this outline will come especially handy. Make sure decisions, notes, action items are noted down correctly. Write them down as soon as they occur, this will ensure the highest possibility of accuracy. However, don’t try to capture every single thing happening. This will just create a mess and you won’t be able to distinguish between important things and small talk.

If something is unclear, ask for additional clarification. There’s a chance others don’t get it also. Honestly, this can be a lifesaver – wrong notes can lead to wrong next steps, which is for sure something you don’t want.

Also, don’t forget to check-off the attendees as they arrive at the meeting. If you don’t know everyone’s names, just wait for the start of the meeting when they introduce themselves.

Here’s one last thing about taking quick notes – are you a slow writer? Do you often get lost in words? Just record the meeting in case something slips your notes. You can’t read after yourself? Well, pull out the recording and see what’s missing.

Once you’ve finished with the meeting, it’s time to get your notes together and in a prettier form. You should try to write them as soon as possible, while everything is still fresh. Make sure you’re including enough relevant information, but also watch out not to write too much. For example, if there was a heated debate, make sure to write more about it. What was the issue and what is the agreement? I’m sure it’s gonna pop-up again eventually.

Regarding the writing style, write short, clear sentences. They must be easy and quick to read, without any complicated words or chunky paragraphs.

Sharing notes with your team

There are many different ways you can use to share notes. Make sure to distribute them as soon as possible. That will enable everyone to start working on the tasks immediately.

The easiest way? Simply create a Google Docs document and share it with the rest of the team. In case you’re not a big fan of Docs, there are many simple and sweet alternatives to do so. Being a note-taking nerd myself, I must say I have tried several of them. Evernote used to be my thing, it’s really smooth. However, there’s something smoother – Notion. Notion is just so simple to use and enables many different options. Definitely a thing you should try.

Are you ready to start having productive meetings?

That’s it. A sound meeting agenda and meeting notes are the first and most productive steps for having a productive meeting. Always remember to bring a draft and jot down the most important stuff. You’ll need to rewrite them anyways. Want to learn more about running effective meetings? We’ve got you covered. 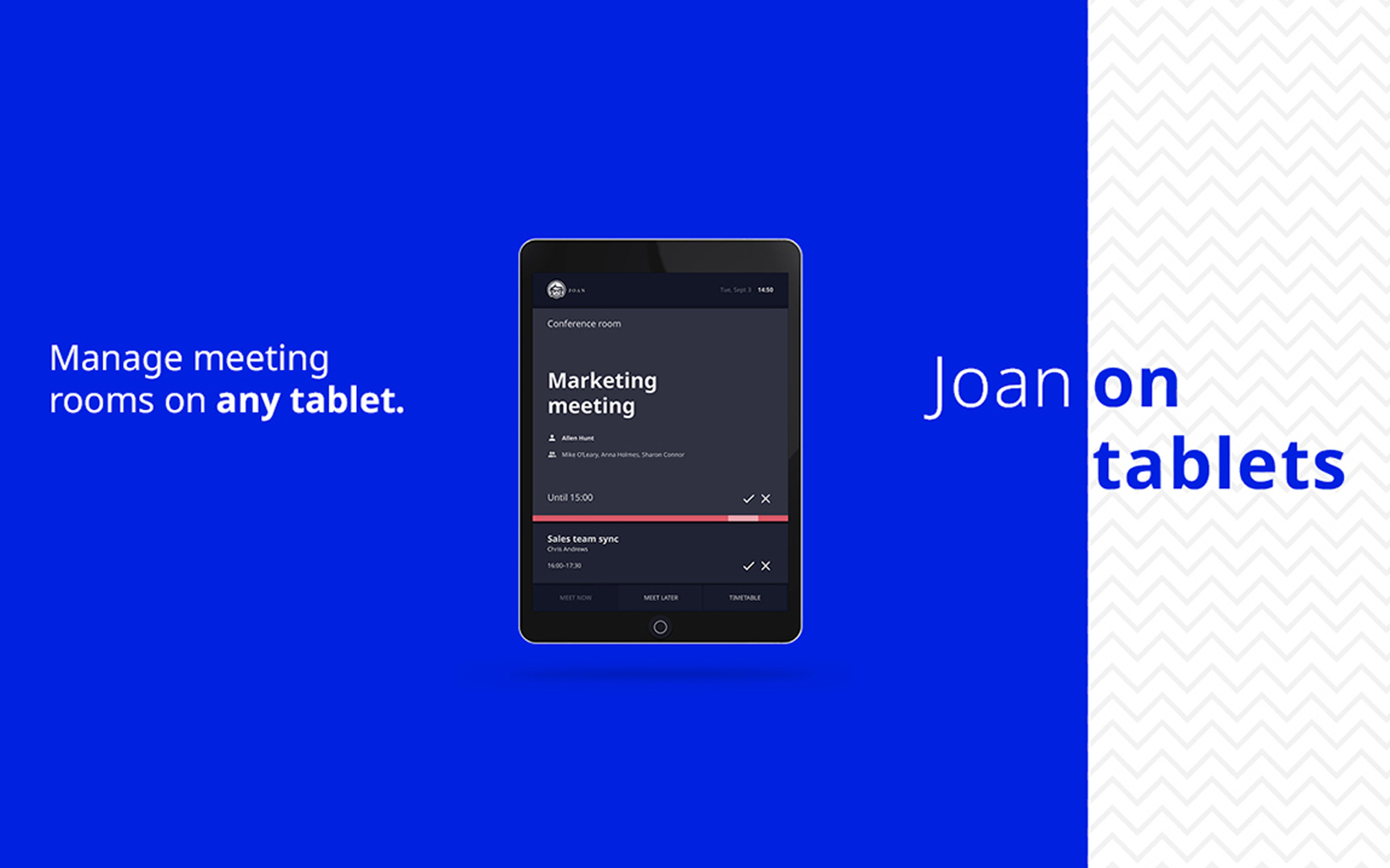 Joan on tablets is now live on Product Hunt!